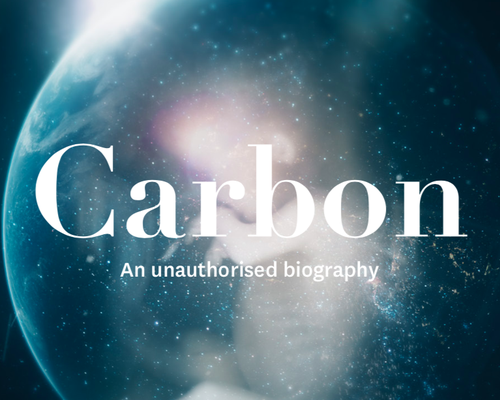 We are thrilled to announce that our new feature documentary Carbon: An Unauthorised Biography began production in September 2020.

Carbon: An Unauthorised Biography is the epic story of the most talked about but least understood element on earth. Carbon in nature, industry, culture, war and love. Carbon’s life story is an epic journey from the death of a star to the birth of the modern world, towards an understanding of today’s most vital issues: energy, climate and survival. Told through intimate testimonials from those who know Carbon deeply, we also hear Carbon’s life story in her own words. Carbon is not the enemy. Carbon is life.

“The word carbon comes loaded; we are very excited to present a fresh, beautiful and empowering look at this extraordinary element and its power to shape all life on earth.” Daniella Ortega, Writer and Co-Director (Genepool Productions) 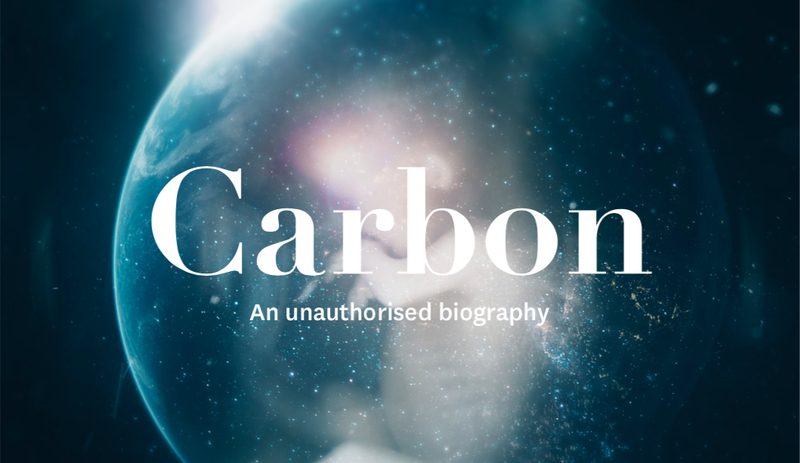 A Canadian/Australian co-production between Handful of Films and Genepool Productions, the film is produced in association with CBC, ABC, Arte, Screen Australia, Film Victoria, the Canadian Media Fund, and Rogers Documentary Fund. Carbon: An Unauthorised Biography was developed with assistance from Film Victoria and the Shark Island Institute.

“Carbon is the conductor of the symphony of life, with the chameleon ability to serve us in so many ways. A celebration of the most misunderstood character on the periodic table, this will be a fresh start for our relationship with life’s atom.” Niobe Thompson, Co-Director & Executive Producer (Handful of Films)

Handful of Films founder is excited to be partnering with one of the world’s leading specialist science producers, Melbourne-based Genepool Productions, who began developing Carbon over four years ago. Handful founder Niobe Thompson has joined the production as Co-Director and Executive Producer, working in partnership with Writer and Co-Director Daniella Ortega and Executive Producer Sonya Pemberton.

“As with all our films, our intention is to illuminate a significant science story in ways that avoid polarisation and help us better understand our complex world. This film will be spectacular, illuminating and revelatory.” Sonya Pemberton, Executive Producer

“Carbon is the conductor of the symphony of life, with the chameleon ability to serve us in so many ways. A celebration of the most misunderstood character on the periodic table, this will be a fresh start for our relationship with life’s atom.”

Film crews will be based in Canada and Australia, with additional filming locations in Mongolia, Western Europe, Alaska, Siberia and the United States. Canadian film composer Jonathan Kawchuk has been confirmed as Composer, Athan Merrick is the Canadian Director of Photography, and the Vancouver animation studio Global Mechanic has joined the creative team.

“CBC and ABC feel like natural production partners. We are delighted to be working together on this exciting and timely project.” Sue Dando, head of ‘The Nature of Things’, CBC

“The ABC and CBC both have proud histories of telling informative stories in innovative ways. ‘Carbon’ continues that tradition, taking a bold and exciting approach to a fascinating and hugely influential element.” Stephen Oliver, Manager, Documentaries ABC

ARTE France was an early supporter of Carbon: An Unauthorised Biography and has also come onboard as a broadcast partner.

“ARTE is heavily involved in popularising science through provocative and creative documentaries like Carbon. We are very happy to partner with Genepool and Handful of Films once again; we share the same goals of enlightening and deciphering the world we live in.” Hélène Coldefy, Head of Specialist Factual, ARTE

Carbon will have a theatrical release with Australian theatrical distribution by Umbrella Entertainment as well as a global television release with worldwide television sales managed by TVF International. In Canada, both one-hour and feature versions will stream on CBC TV and CBC Gem.